This is my blog, and I can write whatever I want to about this Appeal Lawsuit as filed by the developer …

Mockingly, I will address several items in the lawsuit as filed by JVI (the developer) against our township regarding the BoS’s decision to deny the warehouse plans. To recap, the Greenwich Twp BoS, after reviewing the preliminary plans, as approved by the Greenwich Twp Planning Commission as “ready to be reviewed”, decided that there are a number of outstanding issues in the plans and denied them.  Every item the BoS determined were safety issues or SALDO issues or Ordinance issues, with the exception of one, had been presented to the Planning Commission and the Board of Supervisors by us (the Krumsville Community) on several occasions throughout the course of the plan discussions from February 2017 to December 2017.  And I have all the meeting recordings to prove that statement.

As you read through the lawsuit, you will see numbers circled on the side.  These are my mocking comments!

1) Actually, JVI filed a “Sketch Plan” on October 11, 2016.  The “Preliminary Plan” was not filed until after the November 2016 review of the sketch plan by Berks County and Keystone Consulting Engineers.  So, already on page 2 of this lawsuit, the filing attorney has their information incorrect.

2) I had to listen to the meeting minutes recording (oh, yes!  I have every meeting from April until January recorded and saved.  Although our Township deletes their recordings after the meeting minutes are written up, I do not.  I have each one!)  Anyway, this is what they actually motioned. “To approve the plans to be submitted to the Board of Supervisors for review.”  So no, the lawsuit is incorrect, the Planning Commission did not “approve the plans”, they approved them to be submitted to the BoS for further review.  (And the PC really should not have approved them, as is later determined.  Keystone Consulting failed to review all the SALDO, all the ORDINANCES and all the PETITIONS as filed by Krumsville Community.)

3) REALLY?  OH MY GOSH!  Apparently, all the meetings with the PC and the BoS from March 2017 to August 2017, the developer sat at those meeting with ear plugs in their ears and their attorney was sleeping because (with the exception of one item) all the items that were the basis for the denial were discussed over and over and over.  We filed many petitions, complaints, documents and research to the PC and to the BoS regarding the “issues with the proposal”.  WHERE WERE YOU, APPELLANT?????

Funny story here, at the November BoS meeting, I have a photo of the one Keystone Consulting Engineer, sitting at the head table, with his head on his hand sound asleep.  Hey!  Thanks for paying attention while the developer tries to confuse the issues about this warehouse plan.

4)  Excuse me, please. The Krumsville Community brought the items before the BoS, who clearly stated they did not have the plans before them and those items would need to be brought before the Planning Commission … and so the Krumsville Community then attended the PC meeting two weeks later and submitted the items.  So yes, we did present to the BoS but they carefully never addressed the items at their table, they sent us to the PC table. We truly felt we were getting the run around at that point.

5) Uhm, no.  Please learn to  use a dictionary. The property is NOT “adjacent to the I-78 Krumsville interchange.” It is exactly .6 miles north of that interchange. And the road to the property from the I-78 Krumsville interchange directs traffic THROUGH the tiny village of Krumsville on a road barely wide enough to handle two traffic trailers passing side-by-side, and the five point intersection in Krumsville is NOT wide enough to allow for safe turning of tractor trailers (we have posted 52 videos regarding this intersection)

6) This cracked me up.  Why yes, I am such a scary person that when I ran against Alice for the seat opening up on the Board of Supervisors, I scared the BoS into listening to the Krumsville Community’s issues.  UHM, NO!  In fact, in listening to the meeting recordings, many times Victor and Harry stated clearly, and publicly, that they are totally reviewing the issues raised by the Krumsville Community but until the plans are presented to them by the Planning Commission, they cannot comment because they have not seen the plans.  Once again, the problem falls into the lap of Keystone Consulting Engineers (fondly referred to as KFC Knuckleheads) because they failed to thoroughly review the plans and they advised the Planning Commission inappropriately regarding the plans compliance. Now, I will state that I believe the PC also failed as they did not do their own research, as presented to them by the Krumsville Community (over and over and over)

7) Why yes, the BoS did (over and over) tell the developer that the five point intersection was going to become extremely dangerous when traffic for a warehouse was added to it and yes, they were VERY concerned about that.  Why KFC Knuckleheads agreed to the traffic studies, we will never know. (because they have since been fired by Greenwich Twp)

8) This is not true, they did not “preclude use”, they denied your plans as presented because there are defects in the plan against our SALDO, our Ordinances and public safety. In the denial letter the BoS slearly states that JVI is more than welcome to resubmit the plans after correcting all the issues to make the plan compliant.

9) Well, well, well.  Apparently you did not listen at THAT meeting, either.  Greenwich Township (at the time of the denial) did not have ANY firecode ordinances and as such, they chose to use the 2015 ICC Fire Code Appendix D.  And let me tell you, this was the topic of conversation at every meeting from the time the BoS received the plans because the developer’s proposed emergency access road was a joke and was not safe and would be compromised in several different ways (as the BoS presented to the developer over and over and over) And at that same meeting (and yes, this is recorded) the solicitor asked the local fire chief if the emergency access design was safe and appropriate and the fire chief clearly states that “No, it is not.”  WAKE UP! 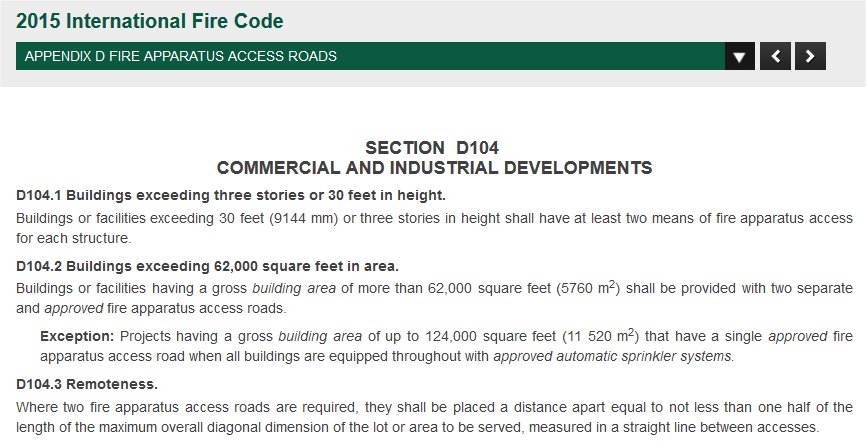 10)  HA HA HA HA HA HA HA … Really? Oh my gosh.  PennDOT contacted us, the Krumsville Community, regarding a letter and petition we sent to PennDOT about reviewing the intersection as a safety issue in the HOP process.  They contacted us, the Greenwich Twp Board of Supervisors and the Developer to attend this PennDOT meeting. There was nothing secret about it.  I did stand up and say I was hesitant to have this meeting with the Board of Supervisors and the Developer in attendance because I did not feel that their presence would allow us the full attention of the PennDOT representatives.  However, this meeting was never a secret.

11) The BoS requested those PennDOT documents at the December 4th meeting and the developer could not produce “the alleged” documents.

12) And a second opinion is not allowed, why?

14) Oh no no no … the Krumsville Community presented inches of “expert testimony” in the forms of research, documents, PE Sealed engineer reports and a one meeting, the Krumsville Community did bring two experts to discuss the research and we were not allowed to have them speak.  Oh, and let’s talk speculation for a moment.  The entire warehouse plan and developer submitted traffic reports, etc are all “speculation”.  Until the warehouse is built and in full function, everything leading up to that is speculation and supposition.